Back to Insights
Social Media

Why TikTok is Becoming a Game Changer for Advertisers

Why TikTok is Becoming a Game Changer for Advertisers

TikTok, formerly known as Musical.ly, began as an app where users could film themselves lip-syncing or acting over songs and soundbites. It was a social app where users could entertain other users. Since then, the user experience has entirely transformed into the phenomenon we know today, with over 1 billion users worldwide. The app’s U.S. audience is made up of over 80 million users, with over 60% of those belonging to Gen-Z, born after 1996. The app’s most unique feature is the ‘For You’ page, feeding content regardless of whether an account is followed or not, giving videos a chance to go viral.

TikTok has graduated from trending dance and music clips into a full-on entertainment and educational platform. Consequently, the app has blossomed into a marketplace as content creators sell directly to their audience, creating a need to adopt an advertising platform. This has created a gold mine for marketers. Engagement continues to increase as the average user spends over 89 minutes on the app per day. Advertisers are starting to flock to TikTok because over half of its audience are trend-setting Gen-Zers. The app reports 1 out of every 2 users is more likely to buy something while scrolling.

The Key to Success with TikTok Ads

Advertisers are taking advantage of less produced and more organic videos. Brands do NOT need to spend an extravagant amount of money on production to create high-performing ads. Ads that look like they were made inside the app by the user are less likely to be scrolled past in the ‘For You’ page feed. Many brands are finding this approach helps with quicker production and fresh content, helping reduce ad fatigue, which increases when the same ad is served to the same person multiple times. An ad can become less effective over time, resulting in a lower conversion rate and higher cost per lead (CPL). On average, short-video ad fatigue can begin within a few weeks, so it’s crucial to get ahead of the curve.

TikTok allows trade schools to connect directly with coveted Gen-Zers. The platform helps showcase programs and on-campus life through less produced and on-trend videos that feel less like an advertisement and more like a backstage pass.

Over the last 18 months, Colling Media EDU clients have experienced dramatic results. In one case, TikTok delivered a 29% decrease in cost per enrollment compared to one school’s overall social media campaigns. The young, engaged audience has responded well to on-trend, low-production value ads, delivering a cost per lead that is below other social media platforms while maintaining a healthy inquiry-to-enroll rate. 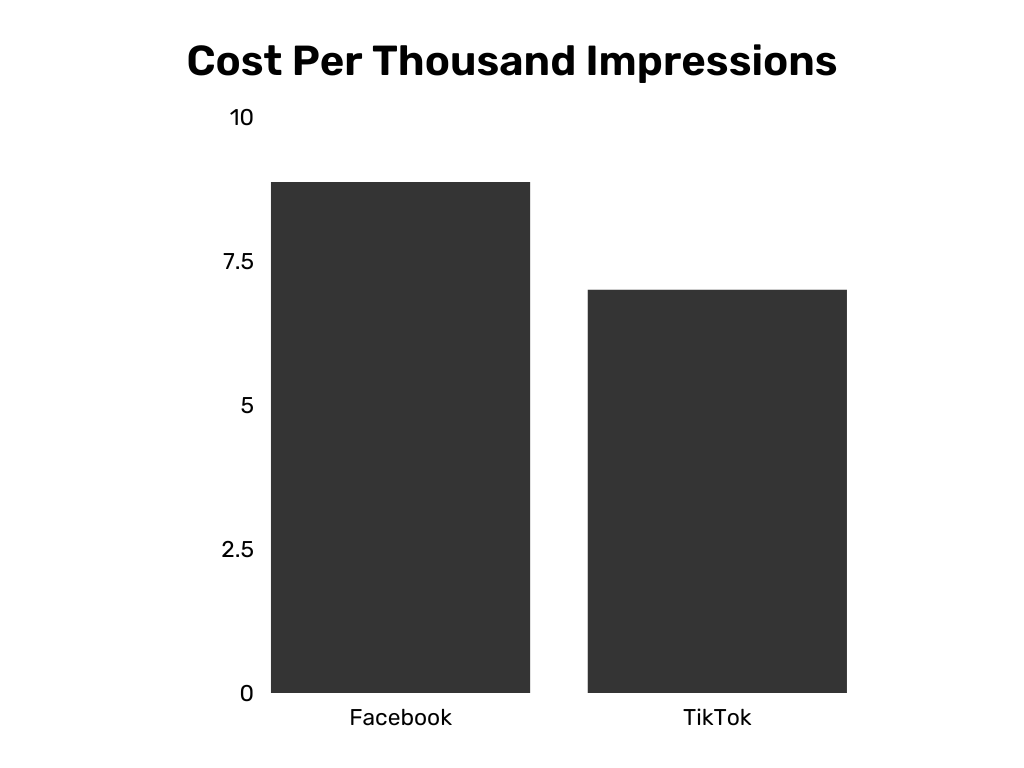 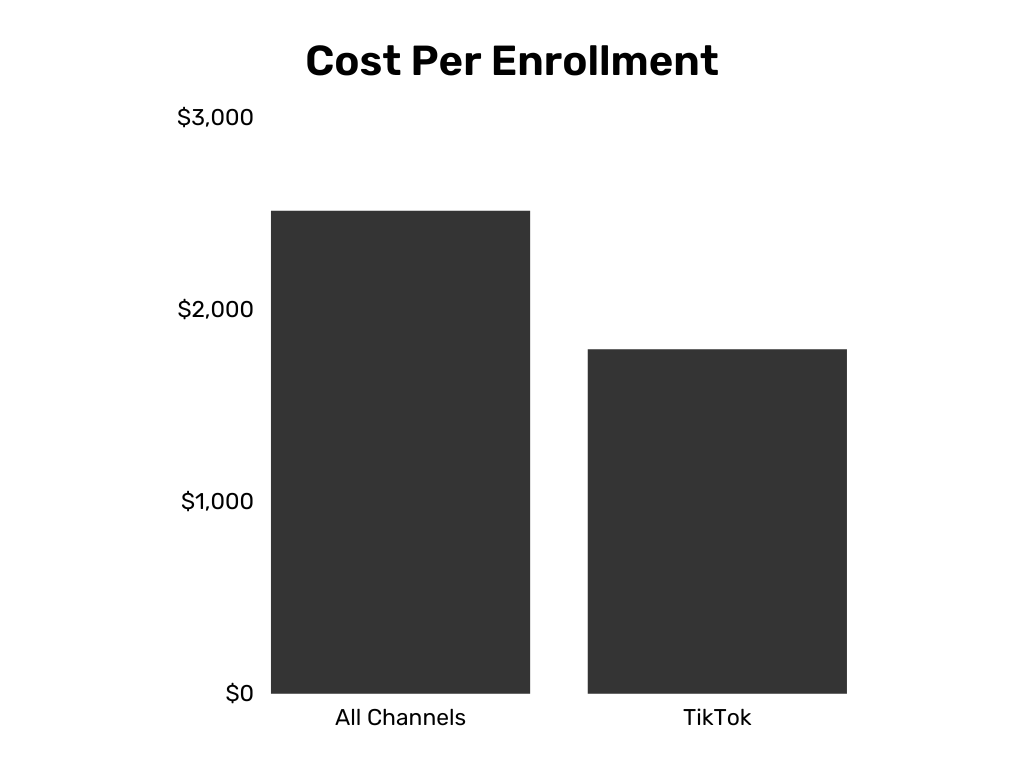 Additionally, schools have seen a lower cost per thousand (CPM) compared to more established social media platforms, likely due to fewer advertisers competing for ad inventory. This trend positions TikTok advertisers to take advantage of the massive branding and demand generation potential of the platform. The ability to reach more potential students with effective frequency at a lower cost than other lead-generation social media platforms will be absolutely essential as younger audiences continue to consume media via other channels than previous generations.

TikTok’s advertising platform should be leveraged in the marketing plan for any business that needs to reach a young, highly engaged audience. Advertisers need to take advantage of users’ time spent on the app to slide into their feeds with a high volume of low-production value advertisements to drive action. Leveraging this entertainment platform will create a distinctive advantage over their competition, particularly with younger audiences, for years to come.